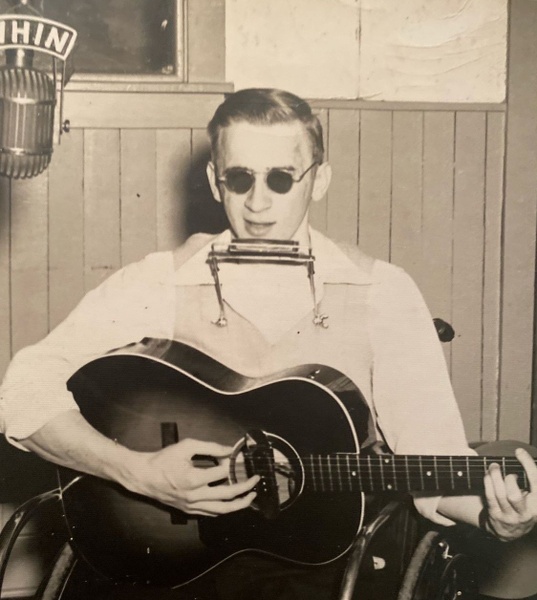 Bernard Louis Spurlock, age 93 of Gallatin, passed away on Saturday, October 2, 2021 in Gallatin.

He was born in Cottontown, Tennessee on March 17, 1928 to the late Landon and Gaynelle Spurlock. He is survived by sister Joan Hollins, stepsons Tim Spurlock, Jim Bennett, and grandchildren Drew, Kayla, and Niq.

At the age of 18, Bernard was in a truck accident that left him blind and a double amputee, which confined him to a wheelchair. An inspiration to others, he was an accomplished musician and songwriter, as well as being a dispatcher at the Sumner County Sheriff’s Department.

He was a long-time resident of Christian Towers of Gallatin, where he entertained often with his musical talent and ability to play multiple instruments. He was an amazing example of a life well lived.

As per Bernard’s wishes, his body was donated to Vanderbilt Hospital for research, after which his body will be cremated.

To order memorial trees or send flowers to the family in memory of Bernard Louis Spurlock, please visit our flower store.