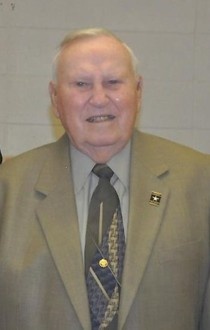 Funeral service will be conducted on Wednesday, May 7, 2014 at 2:00 P.M., from the chapel of the Anderson Funeral Home with Bro. Michael Nesbitt and Bro. Dennis Young officiating.  Burial will follow in the Sumner Memorial Gardens with military honors.   Kristopher Eakin, Jason Wright, Tony Toney, Chris Brunotts, Robert Story, and Robby Pack will serve as pallbearers.  Honorary pallbearers will be any Missionary Baptist Preachers.

He was born March 21, 1922 to the late William Rader and Callie (Johnson) Rader.  Bro. Rader was ordained to preach on June 6, 1958.  He served in the U.S. Army during WWII and retired from Avco Aerostructures, and was a member of the Cedar Grove Missionary Baptist Church.

To order memorial trees or send flowers to the family in memory of Bro. Edward Rader, please visit our flower store.