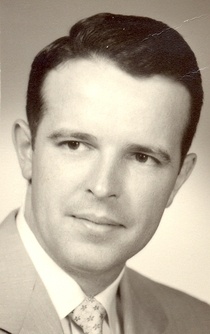 Daniel Fisher Nealon, age 88 of Gallatin, formerly of Paris, Tennessee, passed away on Friday, January 9, 2015 at the V.A. Medical Center in Nashville.

A native of Henry County, Tennessee, he was preceded in death by his parents, Daniel F. Nealon Sr. and Anne Swinney Nealon; sister, Virginia N. Butler.  Mr. Nealon was a graduate of Grove High School Class of 1944.  He served in the U.S. Navy during World War II where he was a sonar man on Destroyer Mine Sweeper-40 on the USS Knight.  He graduated from Washington University, St. Louis, in 1950 with a Bachelor of Science.  Since childhood he held a strong interest in music, and especially music of the Church.  While living in Paris, he served as organist for First Methodist Church and Grace Episcopal Church.  He maintained friendships with many noted church musicians and pipe organ builders throughout the United States.  He worked for RC Capra Organs and the James McEvers Company.  He was a member of the American Guild of Organists.

To order memorial trees or send flowers to the family in memory of Daniel Fisher Nealon, please visit our flower store.