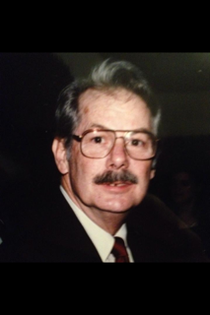 Don Hartmann, age 73 of Gallatin, passed away on Monday, August 11, 2014 at the Vanderbilt University Medical Center.  A native of Camden, New Jersey, he was born to the late Harold and Margaret Skelton Hartmann. Mr. Hartmann was a dedicated employee of the Hoeganaes Corporation for over 49 ½ years where he served as a supervisor of operations.  He also served his country during the Vietnam War in the United States Army in the 7th Special Forces Unit and was a member of the Beverly-Riverside, F&AM #107 in Riverside New Jersey.

In addition to his parents, he was preceded in death by a great-grandson Landyn Statham.  He is survived by his wife of 47 years, Julia Hartmann of Gallatin; children, Jim Hartmann and his wife Ginger of Winchester, Jeff Hartmann and his wife Stacy of Gallatin; grandchildren, Amber Hartmann, Megan Hartmann, Erica Beasley, Kayla Ventress, Rachel Ventress, and Steven; great-grandchild, Priscilla Grace; brother, Harold Hartmann of Medford, N.J; sister, Lynn Fuhs and her husband Joe of Delanco, N.J.; numerous nieces and nephews also survive.

To order memorial trees or send flowers to the family in memory of Don Hartmann, please visit our flower store.
Send a Sympathy Card