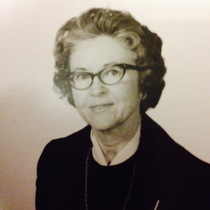 Earline Shrum, age 87 of Chattanooga, formerly of Gallatin, passed away on Friday, December 4, 2015 at the Life Care Center of Hixson, Tennessee.

A native of Macon County, she was born to the late Edgar and Evo Blankenship Smalling.

Online condolences may be sent to the family at www.andersonfuneralhome.org

To order memorial trees or send flowers to the family in memory of Earline Shrum, please visit our flower store.
Send a Sympathy Card