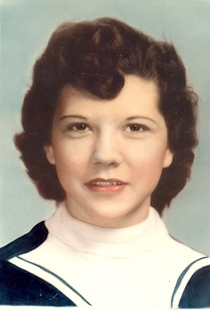 Evelyn was born in Sumner County, TN on July 22, 1938 to the late Willie and Mary Elizabeth Shrum Cox.  She is also preceded in death by her sister Bonnie Shrum McCloud.

To order memorial trees or send flowers to the family in memory of Evelyn C. Perry, please visit our flower store.