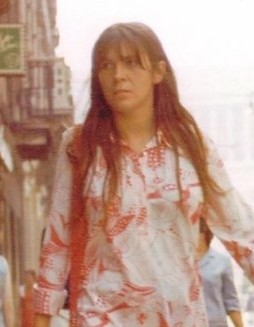 Fernanda Cornaglia Tuninetti, age 68 of Gallatin, passed away on Monday, January 22, 2018 at the NHC Sumner.  A native of Verzuolo, Italy, she was born to the late Michele and Irma Grassi Cornaglia.  Besides her parents, she was preceded in death by her husband, Giorgio Tuninetti.

She is survived by her son, Davide Tuninetti, and his wife Renee of Gallatin; four grandchildren; three sisters; and a host of other relatives in Italy.

A funeral mass will be conducted on Saturday, January 27, at 11:30 A.M., in the chapel at the Saint John Vianney Catholic Church, with Fr. Stephen Gideon presiding.

To order memorial trees or send flowers to the family in memory of Fernanda Cornaglia Tuninetti, please visit our flower store.
Send a Sympathy Card