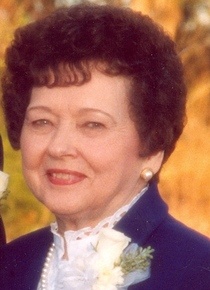 Georgia Lucille McCaleb Hall of Lebanon, TN passed away on January 13, 2016 at Alive Hospice in Nashville, TN at the age of 88.  Funeral services will be conducted on Saturday at 1:00 p.m. from the Chapel of Ligon & Bobo Funeral home in Lebanon with her grandson, Pastor Anthony McCaleb and Pastor Chuck Groover officiating.  Burial will be in the Wilson County Memorial Gardens.  Born on December 6, 1927 in DeKalb County, she was one of four siblings born to the late Roy Mason and Grace (Midgett) Lawrence.  She was married to R. D. “Benny” McCaleb at an early age and he preceded her in death in January of 1990.  She married Darmon Hall in November of 1993, who preceded her in death.  In addition to her husband’s and parents, her granddaughter, Jennifer Unland and great-granddaughter, Hannah Unland preceded her in death from injuries sustained in an automobile accident.  Georgia worked at Robert Shaw Controls for over 35 year and was a member of the Victory Baptist Church in Mt. Juliet.

To order memorial trees or send flowers to the family in memory of Georgia Lucille McCaleb Hall, please visit our flower store.