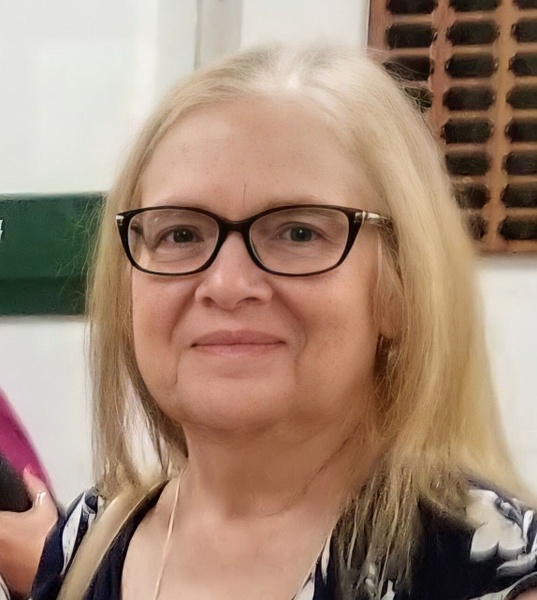 Jackie White, mother of 6 children, grandmother “MiMi” of 10, and great grandmother of 2 returned to her heavenly home on February 5, 2022, at the age of 68 surrounded by her children as they reminisced, prayed and played her favorite songs.

Jackie was born Jacqueline Monica Wallin in Norfolk, VA on October 28, 1953, to Jack Wallin from Tennessee and Colette Wallin from France.  After raising children, she went to school and graduated with her Associate's degree in Applied Science, and was registered as a Radiologic Technologist.  She worked her entire career at Sentara Healthcare in Hampton Roads, VA, and retired in Gallatin, TN residing in Christian Towers where she grew lasting friendships.

Jackie was a loving mother, grandmother, great grandmother, and friend.  She enjoyed reading, spending time with her family, closest friend Johnny Townes and caring for her pup, Luna.  She was passionate about her faith, reading the Lord’s word daily.  To say that she will be missed greatly is an understatement.

She was preceded in death by her father, Jack Wilson Wallin.  At the time of Jackie’s passing, her mother, Colette Meier Wallin was still living, but sadly passed on Monday, February 7, 2022 in Yorktown, Virginia.  In addition to her parents, she was also preceded in death by the father of her children, Thomas White Jr.

Funeral service will be conducted on Saturday, February 12, 2022 at 10:00 A.M. from the chapel of Anderson Funeral Home with John Penfield officiating.  Interment will follow in the Crestview Memory Gardens where family members will serve as pallbearers.  Visitation will also be held on Saturday, February 12, 2022 from 8:00 A.M. until service time.

To order memorial trees or send flowers to the family in memory of Jackie W. White, please visit our flower store.