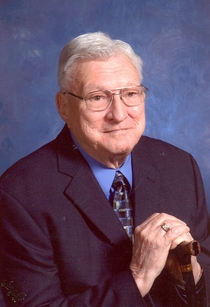 Jerry Metcalf, age 83 of Gallatin formerly of Cleveland, MS passed away on Wednesday, November 12, 2014. Funeral service will be conducted on Monday November 17th at 1:00 p.m. from the chapel of Anderson Funeral Home with Rev. Jerry Wallace officiating.  Visitation will be held on Sunday November 16th 2:00 – 6:00 p.m. and will resume again on Monday at 11:00 a.m. until time of service.

Honorary pallbearers are Methodist Men’s Club in Cleveland, MS and Paul Raney. Interment will be on Tuesday, November 18th at 11:00 a.m. from the Middle TN State Veterans Cemetery with family and friends serving as pallbearers.

Mr. Metcalf was born in Versailles. KY, on July 7, 1931, to Homer and Kathryn Hale Metcalf.  In addition to his parents, he is preceded in death by his wife Billie Ruth Baker Metcalf, brothers, Homer and Robert Metcalf and sisters, Nancy Stephens and Carolyn Metcalf.

Jerry graduated from Milan High School. He served in the US Army, and was a member of the Cleveland, Mississippi First United Methodist Church, where he was very active in the Men’s Club and was a member of the American Legion in Cleveland MS.  Mr. Metcalf was the first Plant Manager of the Resource Authority of Sumner County and served on the Gallatin City Council in the mid 70’s. and owner of Metcalf Insurance Agency.

To order memorial trees or send flowers to the family in memory of Jerry Holmes Metcalf, please visit our flower store.
Send a Sympathy Card