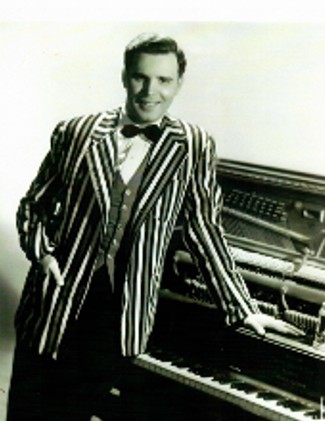 Besides his parents, he was preceded in death by siblings Ada Maddox Key, Betty Maddox Cothron, and Kenneth Maddox.

Johnny began playing the piano at the age of three with lessons given to him by his Aunt Zula.  He had his first recital at age 5 and began playing professionally at the age of 12.  He was the first artist signed to Randy Wood’s Dot Records in 1950.  His ragtime style of piano was recognizable all over the country.  In 1954  he was named the No. 1 Jukebox Artist by the Music Operators of America.  During his career, he recorded 50 albums, was awarded nine certified gold singles, and sold over eleven million records.  Johnny was one of the first performers to receive a star on the Hollywood Walk of Fame when it was created in 1960.  He was a Mason of the King Solomon Lodge and a US. Army veteran.

The family wishes a very special thank you to his longtime friend, and care giver, Kenneth C. Thomson, Jr., of Gallatin; and his friend and piano protégé, Adam Swanson of Durango CO.

Grateful appreciation to the nurses and staff at Gallatin Center for Rehabilitation and Healing, especially, Katherine, Missy, and Heaven for their devoted daily care of Johnny.

In lieu of flowers, contributions may be made to the music fund at the First Presbyterian Church of Gallatin; or the Sumner County Museum.