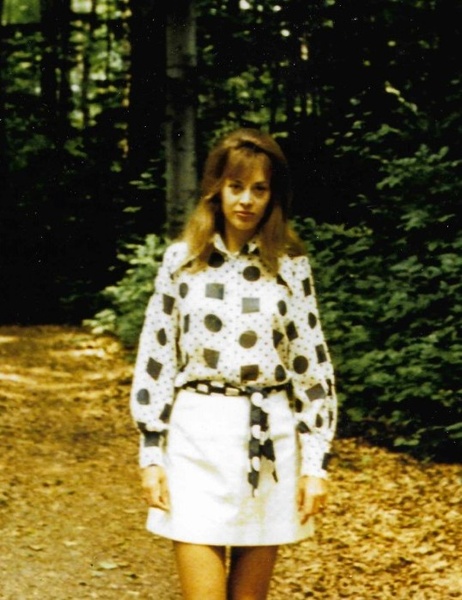 Mary grew up in Brigham City, Utah where she developed her love of nature, playing card games, science fiction and hiking, camping and fishing with her 3 brothers. She fell madly in love with a Marine Corps pilot who swept her off feet and safely landed them in New Jersey where she resided for 40 years.

Mary had two successful careers as a special ed teacher in the Jefferson Township, NJ school system and as a customer service rep for Automatic Switch Company in Florham Park, NJ.
Mary was the best mother ever to her two children. She ensured they knew that her love was great and unconditional. She took them fishing and on long nature walks, and supported them in their various activities. She even enjoyed listening to her son’s heavy metal band practice in the “back room”. One of her children’s favorite memories is when she took them to see Star Wars twice in a row.
Mary also excelled at grand-parenting. She showered them with love and fun and made sure they knew how much they were treasured. She was only a Great-grandmother for a short while, but loved FaceTiming and holding him for the first time.
Mary was a very active member of The Church of Jesus Christ of Latter-Day Saints.
Mary’s love of children was apparent in that her church service extended from nursery teacher when she was 19 to mentoring young teenagers in her later years.
Her many church callings included Ward Relief Society President, Stake Primary President, and Temple worker (both in New York City and Nashville).
Mary and John were called as Senior Missionaries after retiring and were assigned to the Tennessee Nashville Mission. After a one-year mission, they had fallen for the Southern lifestyle and relocated to White House, TN where she continued her church service and enjoyed time with many close friends. and being an active church member.
Her strength, courage, kindness and gentle nature will be missed by those who love her. She was a beautiful woman inside and out who loved to laugh and did so often.

She was predeceased by her parents Marvin and Rotha Jones, brother John Jones and sister Becky Firkins.

A viewing will be held at the Church of Jesus Christ of Latter-Day Saints, 107 Twin Hills Dr, Madison, TN at 11am on Thursday, January 2 immediately followed by a funeral service at 12 noon.

To order memorial trees or send flowers to the family in memory of Mary Elizabeth Kinney, please visit our flower store.