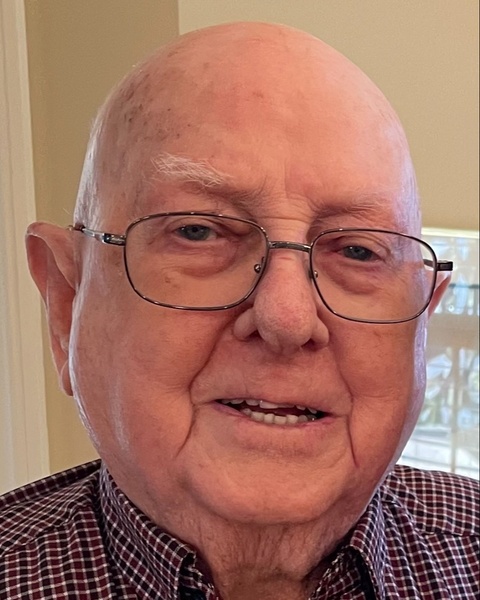 As a child, Norman and his family lived at various federal dam sites where his father worked as a concrete inspector. Norm lived near Boulder Dam (now called Hoover Dam) for his early childhood years until they moved to Coulee Dam in Washington State.

One of the highlights of his youth was his time spent as a Boy Scout. He had many adventures camping, swimming, and hiking with his troop. He attained the rank of Eagle Scout in 1943. That was also the year he decided to enlist in the Navy. He served from 1943 until 1946 in the Philippines. He was in Seabees which is the Construction Battalion of the Navy.

Upon his return after serving, he completed his senior year of high school in 1947. That was also the year he met the love of his life, Betty Snow. They were married and he started working as an apprentice operator at Grand Coulee Dam. He retired in |988 after 4 years in the power industry as the chief power dispatcher for Douglas PUD in East Wenatchee, WA. That year they moved to Vancouver, WA, to be near their daughter's /family. After Betty's passing in 2017, he moved with his daughter and her husband to the Nashville, TN, area to be near his grandson and great-grandson.

Norm was preceded in death by his parents; his wife, Betty of almost 70 years; his son, David; and his brother, Merle. He is survived by his daughter, Leslie (Jack) Anderson; grandson, Ryan (Kristina Day) Anderson; and great-grandson, Grayson Norman Anderson.

He and Betty will be interred together at the National Cemetery near Nashville at a future date.

To order memorial trees or send flowers to the family in memory of Norman "Norm" L. Kime, please visit our flower store.