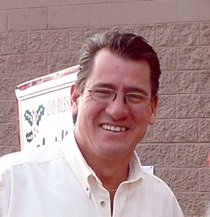 He was preceded in death by his father, Robert “Bob” Edward Kulakowski,; and a great niece, Lilly Doss.

Online condolences to the family may be submitted at www.andersonfuneralhome.org.

Anderson Funeral Home, 202 E. Main Street, Gallatin, is in charge of the arrangements.

To order memorial trees or send flowers to the family in memory of Robert Allen "Ski" Kulakowski, please visit our flower store.
Send a Sympathy Card