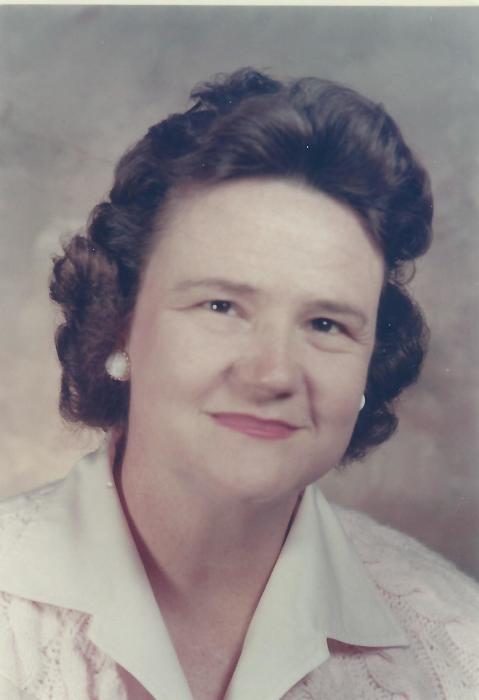 Sara Frances Harris Moffatt died on April 16 after a lengthy decline in health from Alzheimer’s disease.  Born in Morristown, Tennessee on April 1, 1925, she was a graduate of Science Hill H.S., Johnson City and East Tennessee State University, from which she received the first Faculty Award.  She is preceded in death by her parents, Pryor Lee Harris and Victoria Pryde Long Harris and her sister, Virginia Lacy.

She was a descendant of the Revolutionary War patriot Robert Young, one of the Overmountain Men, who was credited with shooting the British Commander Major Patrick Ferguson at the Battle of King’s Mountain in 1780.  Young’s rifle is displayed at the Tennessee State Museum in Nashville.

Following her graduation from ETSU, Sara was employed by The Music Mart in Johnson City and became a partner in the thriving business until marrying Charles L. Moffatt, III on July 28, 1953.  She was greatly beloved as a teacher of U.S. history at Gallatin Junior High School, where she taught for 24 years and achieved the highest level on the state’s Career Ladder for teachers.

A life-long Presbyterian, Sara was an accomplished pianist and musician, directing the children’s choirs, singing in the church choir, and often playing the piano for Sunday School and worship.  She was a dedicated Sunday School teacher and was named an Honorary Life Member of the Presbyterian Women of First Presbyterian Church, Gallatin in 1989.   Despite her declining health in recent years, Sara continued playing the piano with great skill until the end of her life, exhibiting her kind and loving nature to all.  Her life was further enhanced by her love of cooking, bridge, international travel and membership in the Scottish Clan Moffat Society.

She is survived by her husband Charles, their son, Charles L. Moffatt, IV (Connie) and daughter, Virginia Anne Moffatt Kuhn (Jeff), as well as by her grandchildren, Scott Moffatt (Amy) of Savannah, Georgia, Eric Moffatt of Bethesda, Maryland, Paul Kuhn of Cincinnati, Ohio, and Sara Kuhn of Atlanta, Georgia, as well as a great grandson, Hudson Moffatt, and many nieces and nephews.

Visitation will be held at Anderson Funeral Home in Gallatin from 6-8 p.m. on Monday, April 17.  A service of witness to the Resurrection will be held at First Presbyterian Church of Gallatin on Tuesday, April 18 at 2 p.m.   Pallbearers are Dr. Bill Baber, David Crawford, Jim Hawkins, Esq., Stuart Kelly, Andy Murphy, and Rick Murphy.    In lieu of flowers, the family requests that memorials be sent to First Presbyterian Church Music Fund, Gallatin, or the Nashville Symphony, One Symphony Place, Nashville, TN 37201.

To order memorial trees or send flowers to the family in memory of Sara Moffatt, please visit our flower store.
Send a Sympathy Card