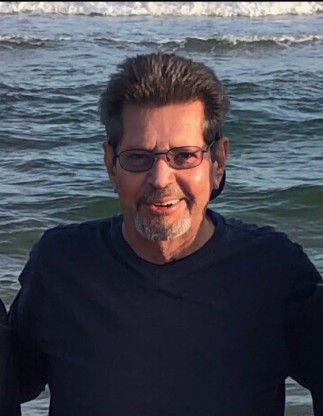 Terry Mullins, age 67 of Gallatin, formerly of Williamson, West Virginia, passed away on Monday, April 26, 2021 at the Sumner Regional Medical Center. A native of Williamson, West Virginia, he was born to the late Clarence Thomas Mullins and Laura (Callahan) Mullins.  He was a veteran of the United States Army where he served during the Vietnam era.  After his military service, he spent 10 years in the coal mining industry. He was a dedicated government employee for the Army Corps of Engineers as a Quality Control Inspector for 30 years. He was a Jack of all trade and could fix almost anything.  He was a faithful attender of the Long Hollow Baptist Church-Gallatin Campus. He was happily married to his wife Shirley for 45 years, as well as an amazing father & grandfather. He was kind, humble & always had a joke or story to tell. He was a simple man & it was exactly how he chose to live his life. In his spare time, he loved spending time with his family, being outdoors, 4 wheeling, having fun on the water, and playing his guitar or harmonica Besides his parents, he was preceded in death by siblings, Rita Montecinos,  Betty Ebaugh, Patsy Cooper, Tommy Mullins. He is survived by his loving wife, Shirley Gannon Mullins; daughters, Michelle Jones and her husband Greg, Angie Mullins Skeen, all of Gallatin; grandchildren, Tyler Rouse, Kalayah Jones, Hannah Jones, Abbey Justice, Laylah Skeen, Jace Mcneil; great-grandson Wesley Dowell; brothers, Dallas Mullins, Pete Mullins, twin brother Jerry Mullins; sisters, Ruby Rutherford, Carol Ferrell, June Herbert; and numerous nieces and nephews. A memorial service will be conducted on Saturday, May 8, 2021 at 2:00 P.M.  at Long Hollow Baptist Church – Gallatin Campus, with Jerry Davis officiating.  Visitation with the family will also be held on Saturday, May 8, 2021 from 1:00 P.M. until service time at the church. Additionally, an informal celebration of life will be held in West Virginia at the residence of Terry and Shirley Mullins (Lick Creek) on Saturday, May 29, 2021 at 1:00 P.M. Arrangements entrusted to the Anderson Funeral Home, 202 E. Main Street, Gallatin.
To order memorial trees or send flowers to the family in memory of Terry Mullins, please visit our flower store.
Send a Sympathy Card