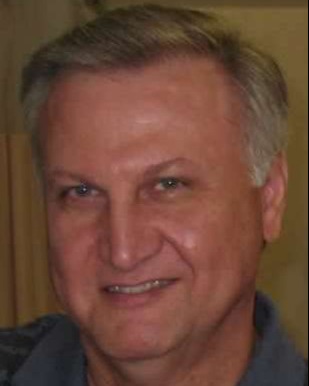 Thomas "Tom" Alan Williams of Gallatin, TN, passed away peacefully on January 12th at the age of 74.

Tom was born in Wagener, SC, to Lewis Butler (LB) and Lucille King Williams. He often spoke affectionately of growing up on the family farm where he learned the importance of family, hard work and good mischief with his siblings. As a teenager, he drove a school bus and boiled peanuts for cash to go to the movies.

He enlisted in the US Army in 1969 and finished first in his class of 80 fellow soldiers at the Fort Jackson Leadership School. He quickly rose to Sergeant and was deployed to Mannheim, Germany. During his service, he was awarded the Army Commendation Medal for Meritorious Service, the Sharpshooter Badge and the National Defense Service Medal.

After his military service, and despite his entire family being Clemson University fans, he returned to college and proudly graduated from the University of South Carolina with a BS in Business Administration. He then began his 38-year career with the IRS. In addition to developing lifelong friends, his time at the IRS was distinguished with many leadership awards. He was promoted to manager within 5 years and continued to grow as leader at various district offices in the Southeast US. He retired as a Territory Manager of its Large and Mid-Size Business Division. He was awarded the Division’s Commissioner’s Award in 2003 and the Albert Gallatin Award in 2010.

In 1975, Tom married Claudette Bradley of Gatlinburg, TN, whom he met at a work conference. He was drawn to her beauty, confidence, and humor. They, along with their two children, lived throughout the Southeast and eventually settled in Nashville in 1987. After he retired, Tom and Claudette moved to Gallatin, where they enjoyed living on Old Hickory Lake. Tom was a loving and sentimental husband, father and grandfather. “Papa”, as he was called by his granddaughters, loved golf, football, the beach, watching action movies with his son, flannel shirts and pretty much anything his mother cooked. He enthusiastically rooted for USC football his entire life, and made some room in his heart to root for the Tennessee Titans on Sundays.

Tom was preceded in death by his sister, Susan, and his parents. Among those who will deeply miss Tom are his wife, Claudette; his children, Melinda Knight, Victoria (Seth) Robertson and Tom Williams, Jr.; four grandchildren; and brothers Lewis and David Williams.

Inurnment with military honors will take place on Tuesday, January 24, 2023 at 1pm at the Middle Tennessee State Veterans Cemetery.  Family visitation will be held on January 20th from 3pm to 6pm at the Anderson Funeral Home of 202 E. Main Street, Gallatin, TN.

To order memorial trees or send flowers to the family in memory of Thomas "Tom" Alan Williams, please visit our flower store.