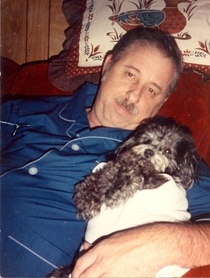 Willis D. Bradford, age 81 of Gallatin, passed away on Saturday, April 18, 2015 at the Sumner Regional Medical Center.  A native of Davidson County, he was born to the late Willis David and Stella Blanche Reynolds Bradford.  Besides his parents, he was preceded in death by his wife, Carolyn Irene Bradford; and a sister, Pearl Frances Rizzon.

Mr. Bradford was a United States Marine Corps veteran, and a retired truck driver.  He is survived by his children, Cynthia Melton of Gallatin, Debra Hughes McCord, David Bradford, Danny Bradford, Diana Bradford Hardin all of Fairview, and Donna Bradford Granger of Cottontown; ten grandchildren; and a niece, Frances Gillespie of Gallatin.

Anderson Funeral Home is in charge of the arrangements.

To order memorial trees or send flowers to the family in memory of Willis D. Bradford, please visit our flower store.